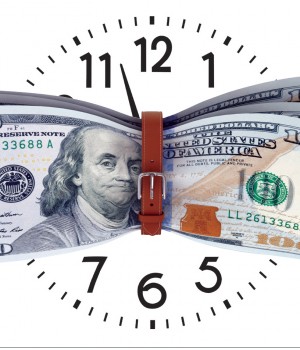 WHILE YOU MAY THINK that negotiating a job offer is all about the money, that’s not always the case. Practices are often just as willing to negotiate nonfinancial details of a job offer, but the key is knowing what you want to negotiate.

A good place to start is asking yourself this simple question: Is money or time more important to you? If you’re like a lot of young physicians, you may decide that more time off or a flexible schedule is more important than a bigger paycheck.

If that’s the case, you have a direction to go in when reviewing—and negotiating—job offers. “If money is not the most important thing,” says Mark Silberman, MD, chief of emergency medicine at Saint John’s Riverside Hospital in Yonkers, N.Y., “there may be other things that are more important to you such as scheduling or time off or a creative position that may be part time. We really try to get a sense from each physician about what’s important to them.”

What’s your deal-breaker?
Annie Fowler, vice president of physician services for Sound Physicians, a performance management company specializing in critical care and emergency and hospital medicine, urges physicians to decide what’s important before entering the job search, but definitely before starting to negotiate. “Prioritize what you really want because, in any negotiation, you’re not going to get everything you want. Really drill down and ask yourself: If you can get only one thing, what would it be?”

“You need to understand how much power you have in negotiating so you can decide what to ask for.”

Then make it clear to your prospective employer that “that’s a decision point for you,” Ms. Fowler adds. “Be clear about what’s important to you. Make sure to listen to what the employer has to say, but stand firm without being aggressive.”

What kinds of things can be negotiated? “The practice may be able to offer flexibility on the number of clinical hours you work,” Dr. Silberman says, “or it may be able to be flexible on what will or will not be paid as an overtime or per diem shift.”

One physician his group recently hired is a good example, he points out. Because she has family living abroad, the physician wanted a full-time position but with extra vacation days. A deal was worked out in which she works the same number of hours every week as the other physicians. But because she gets more paid time off, her salary is prorated.

“She got exactly the amount of vacation time she needed for these extended vacations to visit family abroad,” Dr. Silberman says.

At the same time, he warns that not all groups can be so flexible with scheduling. “In a very small group,” he says, “it could create coverage issues to give that much time off to people. In a medium-size group like ours, we have enough different people, so we can work around that without affecting coverage or patient care needs.”

Know the market
Kaedrea Jackson, MD, medical director of the department of emergency medicine at Mount Sinai St. Luke’s in New York, regularly interviews physicians who request specific hours or types of schedules. “They want to work particular days or shifts so they can plan their personal and professional activities,” Dr. Jackson explains.

How does she react to those requests? If the request meets the needs of her practice—a physician wants to work nights and weekends, for example—Dr. Jackson is much more likely to be interested.

But what about physicians whose scheduling requests don’t represent an obvious benefit for her group? A good example is a doctor who wants a half-time schedule to pursue other professional or personal interests but still receive health care and other benefits.

Dr. Jackson says that filling one full-time position with two half-time physicians might seem like an obvious solution, but it will not always work. That approach could require giving two people benefits, something she might not have in her budget. Besides, she adds, in her area—New York—there is a steady supply of ED physicians who want to work full time.

She urges doctors to know the local job market before they begin asking a practice to make concessions. “You need to understand how much power you have in negotiating so you can decide what to ask for,” she says. “Do practices in the area need providers, or are they turning them away?”

If you don’t have that background information, you may be making requests that seem unreasonable to employers. “It can be bold for someone you are interviewing to say that they want a set schedule,” Dr. Jackson says. “I interview new grads, and I’ve been turned off by some who seem like they are asking for the moon.”

Is there a good way to request a specific schedule or work hours? Dr. Jackson suggests starting with something like, ” ‘I’m willing to be a team player, but I have strong interests in working certain shifts.’ Bring it up in a conversation and ask, ‘Do you offer set schedules or vacation requests for certain months?’ ” If there is something you want from an employer, ask if it’s a possibility. “You don’t want to say, ‘This is what I want.’ “