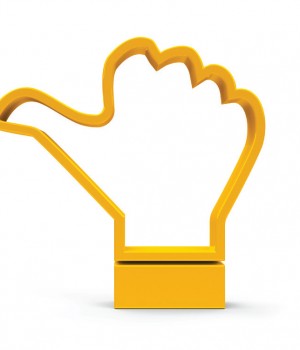 THINK OF IT as the one reference you’d never want to use: The parent of a prospective physician candidate called a recruiter to talk about a job his son would be interested in. The father not only wanted to speak to his son’s qualifications, but began demanding a high hourly rate and a schedule with no nights.

That type of reference gone wrong is rare, recruiters say. But here’s a much more common mistake young physicians make when it comes to references or letters of recommendation: relying on their friends instead of on the clinical relationships they’ve forged in training or their early career.

“Sometimes, your best references aren’t your best friends,” says Tim Chaffin, vice president, lead generation, for SCP Health, a health care company based in Lafayette, La., that specializes in emergency and hospital medicine recruiting and practice management. “Generally, the best references are people who have elevated clinical experience with the candidate.” 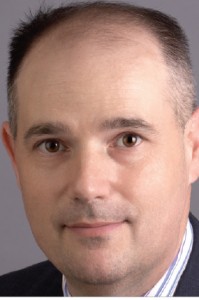 At the same time, Mr. Chaffin adds, “we don’t want to see all supervisory references because then we don’t really know how you interact with your peer group.” Instead, he recommends “as broad a spectrum of references as possible”—as long as the references are all clinical. “A friend can’t speak to a candidate’s clinical experience, but a clinical reference can speak to a recruit’s personality and bedside manner.”

Jason Farr, a senior vice president of recruiting for The Medicus Firm, a physician staffing company, suggests having one or two letters of recommendation and a list of three to five references from people willing to be contacted by prospective employers.

A multipronged approach is often the best way to give an in-depth picture of yourself. “Letters of recommendation are important,” Mr. Farr says, “but you want to give employers a chance to dive into the list of questions that they have. That is where references come in.”

Opt for a variety
Like SCP’s Mr. Chaffin, recruiters say they like to see references and recommendation letters from a variety of sources. “Get a reference from an administrator or a charge nurse,” says Mr. Farr. “If you’re an OB/GYN and you can get a verbal reference from the nurse supervising OB, that’s incredible.”

“Get a reference from an administrator or a charge nurse.” 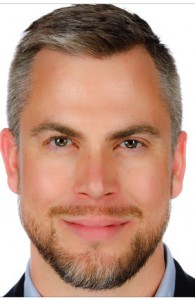 Mr. Chaffin likes to see physicians include advanced practice providers as references. “Many of the facilities we’re in rely on a collaboration among NPs, PAs and physicians,” he says. “Those references give us an idea not only of candidates’ clinical care, but their type of interaction in a team environment.”

Rachel Field, the residency and fellowship program liaison for the behavioral health division of Universal Health Services Inc., a hospital management company based in King of Prussia, Pa., likewise suggests having a variety of people on your reference list.

“In the credentialing process,” Ms. Field says, “some employers will ask for a nurse manager or nursing supervisor. I recommend that physicians keep those connections in their back pocket.”

Finding new references
If you’re a young physician and have been practicing for a few years, is it OK to use references and recommendation letters from your training program? Mr. Farr says that ideally, after being out of training for five years, you shouldn’t have to rely on residency contacts.

“If you’ve been out of training for five years and are still using references from residency, that’s a red flag,” he explains. “Why don’t you have newer references? As soon as you start your career, the chances that you’ll stay there for the rest of your career are astronomically slim.”

“Send an e-mail once a year to potential references to keep them in the rotation of your life.” 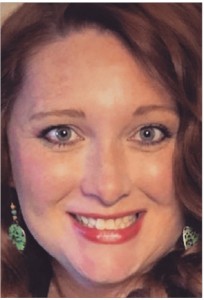 One doctor Mr. Farr worked with had been at the same job after residency for about eight years. While he was looking for work, he had no letters of recommendation or references from anyone at that job. The administration had changed twice, but he never asked those administrators to serve as references because he hadn’t been looking for a job. And he didn’t want to ask anyone from the current administration because he had clashed with several members—which led him to start looking for a new position.

According to Mr. Farr, the lesson is to always be on the lookout for opportunities to build new relationships and get new references. “While references from residency are still good,” he says, “you want to immediately start identifying people who can speak on your behalf as you grow your career.”

Good residency references
Then again, there are certain situations where you’ll want to hang onto recommendations and references from your days as a resident. Mr. Farr, for example, suggests getting a recommendation from a chair or chief of medicine from your training program.

“You might not need that recommendation for your first job search,” he explains, “but if you want to apply for a medical director position after you’ve been at a job for a few years, that recommendation can help highlight your leadership skills or clinical judgment. It might not be of use right after residency, but it could be useful down the road.”

How to handle a confidential search
How should you handle references when you’re keeping your job search confidential and you can’t use your immediate supervisor as a contact without spilling the beans? Mr. Farr suggests asking prospective employers if they would wait to talk to people from your current job until you’ve had a chance to make sure you’re both serious about moving forward with the process, possibly until after the first interview.

“We see that quite a bit,” he says, “where a physician might be looking to make a change but stay in the same community. It’s OK to tell the employer that this is a confidential search right now, so you’ll be more than happy to provide references from people you currently work with, but after you have a chance to do the first interview.”

Work with references
One tip everyone agrees on: Make sure references know you’re giving their names and contact information to potential employers.

“As employers,” Ms. Field says, “we can have trouble tracking down references and getting them on the phone or via e-mail. Make sure your references will take the time to respond.”

SCP’s Mr. Chaffin agrees, saying he’s run into situations where individuals weren’t aware they were being used as references. Instead, references need to know that they’re going to get multiple e-mails or calls—often from unfamiliar sources.

SCP, for example, handles reference checks electronically. Physicians complete an application online and provide the names of references. The software then gets in touch with those references, asking them to rate the physician by answering about 20 questions.

While you’re letting people know you’re using them as references, don’t be afraid to talk a little about your job search and about yourself. Mr. Farr says it’s OK to “coach references up a little” by giving them some information about the jobs you’re interviewing for to help them answer questions they might hear.

He gave the following pitch as an example: “I wanted to let you know I’m on the job market and looking at a job in Des Moines. If you recall, my wife is from there, and we’re excited to get back. The organization I’m interviewing with is a large health system and, as you remember, I’ve done a lot of work at large health systems. I came from a residency in a large health system, so I’m looking forward to getting back to that setting. I know I’ve had some trouble in the last couple of years with turnover of physician assistants, but that was out of my hands. You know that I’m really good with staff and communication.”

Never stop networking
Even if you’re not currently looking for a job, you still want to keep in touch with potential references by doing some old-fashioned networking. “I talk about networking and how important it is to stay in touch with people for that specific reason,” Ms. Field says. “Send an e-mail once a year to potential references to keep them in the rotation of your life—so you can call them in the future for a reference.”

It can be as simple as sending them an e-mail asking how it’s going or sending a LinkedIn message. “Keep in touch with people, even if it’s a text message or commenting on their kids’ pictures on Facebook.”

Ms. Field says that tapping into your network is often the easiest way to find a job. “You can call up a former colleague from residency who’s practicing somewhere that has an opening. You have a recommendation for that job, so you’re not walking into the employer cold. Someone is recommending you for the position.”

And Ms. Field offers this final tip: Don’t list references on your CV. “You don’t want an employer to get your CV and then call your references before they call you,” she points out. “They might be asking Dr. Smith about you before you’ve even had a chance to talk to them. You want to be the first person they talk to.”

Published in the June/July 2019 issue of Today’s Physician