THAT ANNOYING TRAFFIC JAM isn’t causing your stress (though it isn’t making it any better). The real reasons behind your stress go much deeper. According to Peter Moskowitz, MD, executive director, Center for Professional and Personal Renewal, Palo Alto, Calif., top physician stressors are lack of control in the workplace and the micromanaging of work output.

Lack of control
Doctors can’t set up their hours or schedules like they used to. “Physicians have lost control of our own practices,” says Dr. Moskowitz. “We’re expendable.”

Dr. Moskowitz, a radiologist, says that in his specialty, radiology groups are told to work 8 a.m. to 8 p.m. “Doctors don’t want 12-hour days,” he explains, “but the institution says take it or leave it.”

Today’s environment also means pressure to see more patients in less time. When they’re told to see one patient every 10 minutes, it’s no surprise that primary care physicians in particular are stressed.

When doctors with the highest RVUs get bigger bonuses and more frequent or higher salary increases, everyone feels stressed out.

“It’s being used like a sledgehammer to motivate doctors to work faster,” Dr. Moskowitz says. “Doctors want to do well and be rewarded for their work, but it’s coming at the expense of being pushed too hard and working too fast.” 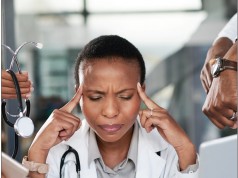 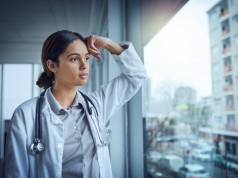 A look at career satisfaction and physician burnout