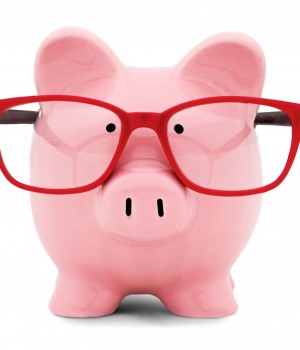 YOU’RE DEEP in the job search, and you’ve already received preliminary offers from two groups. The problem is that your top choice is offering less money than the other practice. Can you go back to your preferred group and try to negotiate more money?

When it comes to negotiating, new physicians are often unsure of how to proceed. Because the job search can be intimidating, many physicians decide to accept offers without even reading the contract. But others negotiate too aggressively, alienating potential employers— and missing out on great job opportunities in the process.

Here’s a guide on how to get the best deal during the job search without turning off employers.

Size counts
When negotiating pay, you may find that large institutions sometimes have the least flexibility to change physician compensation plans.

“It’s easy for physicians to get starry-eyed over compensation figures and neglect to do the digging they should do.”

“A big institution that has a lot of bureaucracy may have a set salary schedule,” says Mark Silberman, MD, chief of emergency medicine at Saint John’s Riverside Hospital in Yonkers, N.Y. “In some of the large municipal hospitals in New York City, for example, the chief of medicine has no ability to change salary. It’s written in stone.”

Practice size isn’t the only factor that could limit your ability to negotiate pay. Geography will also have a strong influence on whether practices are willing to change their pay packages.

“If you’re looking to go somewhere with a phenomenal lifestyle and there are plenty of physicians interested in that job if you don’t take it, the situation may be much less negotiable,” Dr. Silberman says. If, however, “you go to a place that is short-staffed and the group is looking for someone with your qualifications, there can be quite a bit more flexibility on negotiation.”

But even if a practice is showing little to no flexibility on pay, don’t give up hope. That same group may be able to negotiate on other financial issues.

“Physicians are likely to have more success with negotiations around pre-employment bonus offerings than base compensation,” says Annie Fowler, vice president of physician services for Sound Physicians, a performance management organization specializing in critical care and emergency and hospital medicine. “It’s much easier for an employer to justify a one-time bonus to help meet a candidate’s need in a job transition and still ensure ongoing pay parity among doctors working with each other in the same program.”

One bonus to consider negotiating is for relocation. “I’ve seen residents say, ‘All my furniture is garbage,’ ” says Chris Elsayad, MD, an attending in the department of medicine and co-clerkship director for medical students at Nassau University Medical Center in East Meadow, N.Y. “Instead of having the institution pay $10,000 to move your things across the country, they’ll pay you half of that amount as a signing bonus. The hospital saves $5,000 and the physician gets a $5,000 bonus.”

Keeping compensation fair
Negotiating one-time bonuses may be easier because most practices want to make sure their physicians are more or less paid the same in terms of base compensation. Physicians are usually willing to talk to each other about pay, so any discrepancies between how much doctors make will undoubtedly create problems in a practice.

“A big institution that has a lot of bureaucracy may have a set salary schedule.”

At the same time, Dr. Silberman says, practices also want to make sure that physicians aren’t under- or overpaid. “If we have several young doctors with a similar amount of experience,” he explains, “we want the compensation package to be fair and equitable.”

So if you want to negotiate pay, you need to do so in a way that a practice can justify as fair. One way to accomplish that, Dr. Silberman says, is by working more or different hours than your colleagues. “We can always flex that for physicians who want to work more difficult shifts,” he says.

Dr. Silberman recalls the approach that one young physician took who had been with his practice for a few months. “He said, ‘I want to work hard and make as much money as possible. I’ll work any shift,’ ” Dr. Silberman says.

“He elected to work overnights every Saturday, Sunday and Monday. Because it was all nights and all weekends, he was able to earn a tremendous salary that was at the top of the scale.”

That story illustrates a simple lesson about negotiating: It’s a two-way street and typically involves both parties giving up something. If you can find something valuable you can give the practice in return for its meeting your request, you’re much more likely to succeed.

Income guarantees
There’s another aspect of compensation you can negotiate. If you’re going to work for a practice that pays you based on something other than a straight salary, you can try to negotiate an income guarantee.

Here’s how a guarantee works. Some practices pay physicians based on the number of patients they see and bill for, a model that’s referred to as being paid for productivity. If you’re worried that you might not see enough patients early in your career to generate a significant income, you can ask for a salary guarantee. A guarantee states that you’ll receive a minimum amount of money no matter how many patients you see.

“A lot of employers might be willing to meet you halfway and say, ‘We’re willing to give you a guarantee,’ ” says Ms. Fowler from Sound Physicians. The practice isn’t really paying you any more money, because most physicians will see enough patients to cover an income guarantee. “It’s not necessarily giving you more compensation. The group is just making you feel more comfortable about a payment methodology that you’re not familiar with yet.”

Do your research
Finally, if you’re going to try to ask a practice for more compensation, Ms. Fowler says you need to make sure you’re comparing apples to apples when looking at multiple offers. “Make sure when you’re talking about compensation that you understand all the variables involved, including workloads, shift lengths and encounter volumes.”

Ms. Fowler says that when she talks to physicians, they may tell her that another group is offering them significantly more money. But when she sits down to compare contracts and calculates how many hours a year they’ll be working, that difference in income can often disappear.

Her advice: Calculate an hourly pay rate based on total hours worked per year, including paid time off, for the job offers you’re comparing. “Try to come up with a common denominator in the form of an hourly pay rate to compare opportunities across different compensation and bonus structures,” Ms. Fowler says. Once physicians do this analysis, she points out, they often realize that they’d need to pick up only one extra shift to match what on paper looks like another substantially better offer. “It’s easy for physicians to get starry-eyed over compensation figures and neglect to do the digging they should do.”

Is it real if it’s not in writing?
YOU’RE NEGOTIATING the terms of employment with a practice, and you’re making good progress on the issues that are important to you. But you realize that most of the negotiations have taken place during phone conversations, so there’s little in the way of documentation. Could that be a problem?

That absolutely could be a big problem. Experienced physicians say the rule of thumb used by lawyers—if it isn’t written down, it doesn’t exist—applies in even the friendliest of job negotiations. If things you agreed to are not in writing, they can be very difficult to enforce later on.

Consider the example of the young physician who was looking for a job working only nights. She had young children and thought it would be easier to find childcare during overnight hours. Practices love physicians who want to work nights, so it seemed like a match made in heaven.

“Without a paper trail, you have to hope for the best if there are questions later.”

When it was time to start the new job, however, no one could remember promising that the physician could work only nights. The practice was concerned about having a new physician work nights alone, without the support of more experienced physicians, so it wanted her to work days.

Because people who want to work nights are in such high demand, the physician had no problem finding another job, but the situation turned into a headache for everyone involved. The whole situation could have been avoided if there had been some documentation about the promises the physician said were made to her.

The bottom line: While verbal agreements are a good start in the negotiating process, they can cause difficulties down the road. That’s the advice Kaedrea Jackson, MD, medical director of the department of emergency medicine at Mount Sinai St. Luke’s in New York, gives young physicians she talks to.

“If there is an issue that’s important to you,” Dr. Jackson says, “if the practice cannot put it into the contract, you need to have something in writing, even if it’s only an e-mail. I know two providers who are considering leaving their current positions because of something that was promised in the interview that is now a problem.”

With phone negotiations and “without a paper trail, you have to hope for the best if there are questions later,” says Chris Elsayad, MD, an attending in the department of medicine and co-clerkship director for medical students at Nassau University Medical Center in East Meadow, N.Y.

Negotiations conducted via e-mail offer a little more in the way of documentation, but they’re still not ideal. “If the details are hammered out via e-mails between the physician and the practice,” Dr. Elsayad says, “it’s not necessarily written down in the contract, so the details might still be a little vague.”

Putting promises into writing not only protects everyone down the road, Dr. Elsayad says, but it also helps make sure everyone is clear about what is being agreed to. “Sometimes the job description might be a little vague,” he explains, “and physicians don’t know exactly what they’ll be required to do. Talking about the details and documenting those conversations can help avoid confusion.”