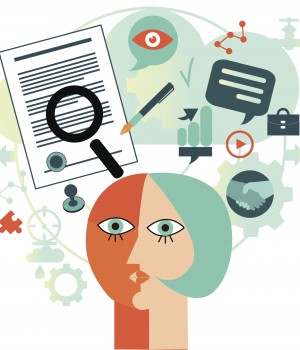 WHEN IT COMES TO restrictive covenants—also known as noncompetes—too many physicians make the mistake of believing these clauses are unenforceable. As a result, they figure it’s OK to sign a contract without really caring how unreasonable the language may seem.

But health care attorney Daniel M. Bernick, JD, MBA, points to two problems with that logic. First, reasonably crafted restrictive covenants generally do hold up when challenged in court. Second, it’s unwise to sign a contract with objectionable language, banking on the notion that you can go to court if you are terminated and that the noncompete will be ruled as unreasonably restricting your ability to find another job.

Mr. Bernick, who is a principal with The Health Care Group and Health Care Law Associates in Plymouth Meeting, Pa., says he was working with a physician in California who was asked to sign a noncompete. Because the physician knew that California prohibits the use of restrictive covenants, he was inclined to go ahead and sign the contract.

“The last thing you want as a physician is to get involved in a legal battle with an employer.” 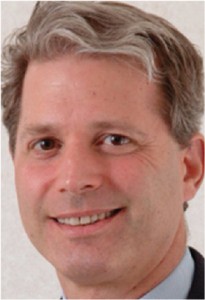 “I asked if the physician really wanted to go to war with the employer in court over whether that covenant would be enforceable,” Mr. Bernick says. “Even if you think the noncompete won’t hold up, it’s best not to sign it. The last thing you want as a physician is to get involved in a legal battle with an employer.” Instead, “I would try to resolve any issue you have with a noncompete upfront.”

Mr. Bernick talked to Today’s Physician about the problems he runs into with noncompetes.

What’s the most important issue in terms of noncompetes?
You need to look at the radius of the noncompete—how far from your current practice you’ll have to work if you leave your current job—and ask if you can live with that. If you can live with the proposed restriction, it’s OK to sign the contract. You can go outside that radius to find another job and you won’t have a problem.

If a practice is in a rural area, a noncompete with a larger radius might be reasonable. But in a densely populated metro area where people don’t need to drive more than a few miles to find a specialist, the radius will need to be smaller. For a primary care physician working in a large city, the radius might be five miles.

Many employers will try to set the radius around every office in their system because they feel they have to protect their interests. A fairer approach is to say that you’re restricted from practicing near offices at which you worked in the 12 months preceding termination.

Some organizations use another tactic to extend the radius of the noncompete. They’ll use phrases like, “You may not affiliate with or have any interest of any kind in an organization that maintains an office within a certain geographic area.” For example, you might be working in a metro area and want to join a competing hospital system, but it has a facility or office in that noncompete area. The location where the new employer wants you to work may not be in that area, but if your new employer has a separate office there, it could be a problem. This is a backhanded way of extending the radius of the noncompete.

How many years do noncompetes generally prohibit physicians from working in a certain area?
Most noncompetes go between one and three years. Two years is fairly typical.

Are employers willing to negotiate?
It depends on how badly they need you vs. how badly you need them, but you’ve got to try. Otherwise you’ll be locked out of practicing in a large area if an organization terminates you.

It’s about leverage. There’s a growing need for doctors because of the aging of the population. So long term, I think doctors are going to have increasing leverage. On the other hand, there is consolidation going on in health care, so the balance could tip the other way as the number of potential employers in some markets shrinks.

Do the physicians you work with ever refuse to sign a contract because the noncompete language isn’t fair?
It’s really all over the map. Some physicians feel compelled to sign a contract because the job they’re looking at is the only one available in that particular area, and maybe they have family there. But other people in the same situation won’t sign. They figure that if there’s a problem, they’ll be locked out of practicing in that area, but they won’t be able to leave because they have family there. Still others are tempted by a high salary to sign a noncompete that may be problematic down the road.