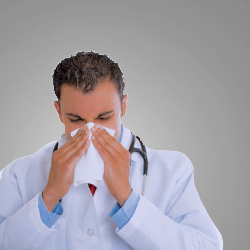 DOES AMERICAN MEDICINE have a problem with physicians who work while sick? A quick look at the published evidence—and at physician anecdotes—indicates the answer may be yes.

In November 2017, an American Journal of Infection Control article grabbed headlines when it announced that more than half of physicians with flu-like symptoms showed up for work when ill. Another study published two years earlier found that 83% of all health care workers in a children’s hospital admitted working while sick at least once in the previous year, even though most agreed the practice can be dangerous for patients.

But those data only scratch the surface of just how often physicians work while sick—and how sick they may be when they show up. Many doctors, for instance, know of colleagues who were so sick that they needed to give themselves IV fluids between seeing patients.

“Our health just isn’t a priority.” 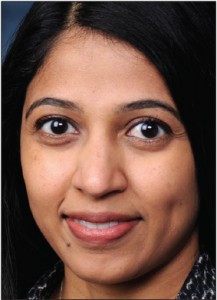 “The most common reasons health care personnel worked while sick was they were still able to perform their jobs and didn’t feel bad enough to miss work,” says the study’s lead author Sophia Chiu, MD, MPH, a medical officer with the CDC. She adds that about half of respondents were sick enough that they sought medical attention.

After that study was published, pediatric cardiologist Angira Patel, MD, conducted an informal survey of her own, asking her colleagues why they would work sick. In addition to hearing from one physician who gave himself IV fluids between patients, Dr. Patel talked to one doctor who described being on his phone trying to manage that day’s patients while being wheeled into emergency surgery.

“It seems like every physician you talk to has a story of working while sick,” says Dr. Patel, who works at the Ann & Robert H. Lurie Children’s Hospital of Chicago. “For me, I thought I had a cold or virus that didn’t get better for two weeks. It turned out I had pneumonia, which eventually required a doctor’s visit and treatment.”

So why does someone work with pneumonia? “Our health just isn’t a priority,” Dr. Patel says. “The perception is that these are not the kinds of things we should miss work for.”

No backup
Sima Pendharkar, MD, MPH, chief of the division of hospital medicine and medical director at The Brooklyn Hospital Center in Brooklyn, thinks these attitudes were instilled in many physicians during training. When she came down with a cough and cold during her residency, she was told to wear a face mask and work through it. “I was OK with that,” she explains, “and I think I took that approach in other positions. You want to be there for your patient and complete the work that has to be done.” To this day, she has never taken a sick day during a clinical shift.

Another problem: Many groups or hospitals have little to no backup plan. So by calling out sick, you’re forcing your colleagues to pick up your patients for the day.

Dr. Patel, who is associate professor of pediatrics- cardiology and medical education at Chicago’s Northwestern University Feinberg School of Medicine, understands that. But she also notes that physicians have an ethical responsibility to stay home when sick to protect their patients. “We can infect our patients in the hospital and clinic,” she says. “Particularly for patients who have chronic illnesses, as many of the children I care for do, getting sick can set them back even more.”

“You want to be there for your patient and complete the work that has to be done.” 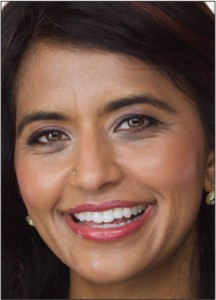 She acknowledges that cancelling clinics because you’re sick is always difficult. “It’s hard to tell patients who had an appointment that you’re going to be out, but that’s part of the system change we need. That’s going to happen sometimes and we have to be OK with that.”

As chief of hospital medicine, Dr. Pendharkar takes a similar stance. “I would never want any of my hospitalists to ever come in if they weren’t feeling well,” she says. And while she hasn’t missed a clinical shift because of illness herself, when she gets sick, she calls out. “I stay home,” she says. “I do.”

Culture change
But telling physicians to stay home when sick and making it possible for them to do so can be two different things. Physicians need the support of the organizations where they work to feel like it’s OK to call out.

At Brooklyn Hospital, Dr. Pendharkar points out, the hospitalists work seven-on/seven-off and can swap shifts, making it a little easier for them to get coverage if they need it. The group also has a jeopardy plan for physicians too sick to come in who can’t find someone to cover for them themselves.

“It helps when you are in a supportive work environment and you see extremely ill colleagues staying home, even if a few people have to work a little extra hard,” Dr. Pendharkar says. “That culture can help create this new idea that when ill, you stay home a day or two.”

She also hopes the next generation of physicians might lead the way. Some millennial residents, for example, are more willing to speak up about things that they think aren’t OK. When she’s tried to give residents admissions, for example,

“Some have flat-out told me they’re not taking another admission because they’re tired. I thought it was interesting that they know their limits. I would have never have had the nerve to say that to any of my attendings.”

Dr. Patel likewise sees some positive change among younger physicians. The training program at her facility, for instance, has a sick call system in place. While something similar was in place when she was in training, people hesitated to actually use it. Today, she sees more people using the sick call system.

The five top reasons doctors work while sick
1. I could still perform my job.
2. I wasn’t feeling bad enough to miss work.
3. I didn’t think I was contagious.
4. I have a professional obligation to my coworkers.
5. It’s difficult to find someone to cover for me.