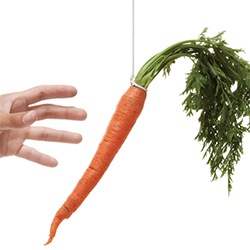 RECRUITERS HAVE a wide range of incentives to get physicians’ attention, from sign-on bonuses and relocation assistance to student loan forgiveness. In part, that’s because health care organizations have more flexibility in how they dole out bonus dollars than in the amount they pay in salaries. While employers try to make sure that all doctors in a specific specialty are paid more or less the same, they’re more comfortable increasing one-time bonuses.

“We tell physicians coming out of training that these bonuses are more flexible than they think,” says Travis Singleton, senior vice president for Merritt Hawkins, a national physician staffing firm. “A large health system isn’t going to change a salary for one person when it has 1,000 similar physicians on the payroll, but it might make an adjustment to your signing bonus.”

Here’s a guide to some of the most popular recruitment incentives that employers are off ering.

Sign-on bonuses
The granddaddy of recruitment incentives—sign-on bonuses—are booming for physicians. Data from Merritt Hawkins last year put the average physician sign-on bonus at just over $32,000. That number is expected to reach $35,000 when the company updates its data later this year.

“These bonuses are more flexible than physicians think.”

Mr. Singleton says that sign-on bonuses have become standard for most physician job offers, and that bonuses for subspecialties far exceed the average. Orthopedic surgeons and neurosurgeons, by comparison, routinely see sign-on bonuses of $75,000.

While internists and family physicians see smaller sign-on amounts, they’re enjoying much higher dollar figures than even a few years ago. “The big story with sign-on bonuses is the jump in primary care,” Mr. Singleton says. “We’re now starting to see $15,000 as a normal signing bonus for primary care physicians. Go back five or 10 years ago, and many primary care physicians were seeing bonuses of only $5,000.”

As is true with many recruitment incentives, the further you go from metropolitan areas, the larger sign-on bonuses you’ll find. “When you go outside large metro areas like Los Angeles, Chicago and New York, you’ll start to see sign-on bonuses of $25,000 and $30,000.”

“We’ll see anywhere from $15,000 up to $175,000 in debt relief,” Mr. McMahan says. “We see these most typically in the rural Midwest or southern communities that don’t have a local supply of physicians, and they have trouble attracting people.”

“Housing allowances give physicians some time to find a place to live in an area they’re not familiar with,” says Mr. Farr, “or to build a house if options are limited. It takes some stress off having to buy a home or find a rental in fairly little time.”

A related incentive is known as the real estate adjustment. In that scenario, as Mr. Singleton from Merritt Hawkins explains, physicians can ask an employer for money to help them buy a house in an area where prices are sky high. Doctors in San Francisco, for example, make less money than their colleagues in other cities, but real estate is prohibitively expensive. “It’s not uncommon for health systems to say, ‘We’re not going to pay you any more in terms of salary, but we can give you a $100,000 real estate adjustment to make the move possible.’ ”

Financial planning
Some larger organizations are giving physicians help with financial planning, which includes strategies to repay medical school debt. Mr. Farr from The Medicus Firm says that employers are working with companies like Doctors Without Quarters and Navigate Student Loans to give physicians financial help. “They determine whether refinancing those loans is the best option,” Mr. Farr says, “so physicians can get a more competitive rate.”

Day care, licensing and more
Employers are also providing a wide range of other services, including on-site day care services for physicians’ children, help with state licensure, concierge services to help physicians do everything from picking up dry cleaning to grocery shopping, car allowances and secondary education for spouses.

Incentives: Know what you want
WHEN IT COMES to incentives like sign-on bonuses, recruiters agree that they have a lot of flexibility in the incentives they offer—but only if physicians let employers know what they need. Once recruiters know that, they may be able to come up with some kind of bonus that will meet your specific situation.

Steve McMahan, president of the permanent placement division at CompHealth, a national health care staffing firm, says not all physician situations are the same. “I may have one physician who says, ‘I have a $200,000 loan hanging over my head, so I want to go somewhere where I can get that loan wiped out as soon as possible,’ ” he explains. “That may be a very different path than a physician who has a spouse and three kids and needs relocation assistance. It’s all about figuring out physicians’ individual needs, which will vary from person to person.”

Mr. McMahan recalls one candidate who had suffered a financial disaster and was looking to maximize her earnings to get out of debt. “She thought that meant working in a large city like New York or San Francisco,” he says, “but her best bet financially was a small rural community. Employers there were offering significant financial incentives and a very low cost of living.”

He uses the story to illustrate why physicians shouldn’t make assumptions about the job market. “People make assumptions that aren’t borne out,” Mr. McMahan explains, “so you really have to investigate. Think how hard you’ve worked to get to the point where you are now. You want to capitalize on that hard work by making good economic and career decisions, so you can’t just assume that New York pays better than Cedar Rapids, Iowa. In most cases, it doesn’t.” 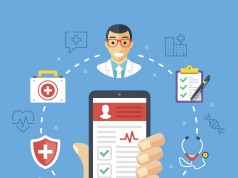