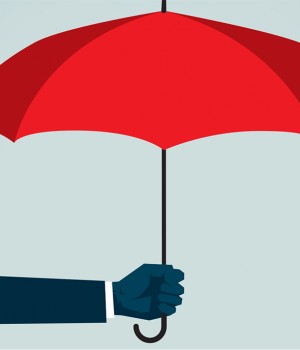 YOU’RE LOOKING FOR A JOB and you’ve got a good handle on the compensation plan, the call schedule and the health benefits. But how much attention have you paid to making sure you’ve got liability insurance to cover anything that comes up if and when you leave?

Patients can sue you years after you’ve left a practice, so you need to maintain insurance to protect you even after you’ve switched jobs. The question is if your old employer is going to cover you once you leave—or if you’ll have to pay the bill yourself and buy what is known as tail coverage.

There’s mixed news for individual physicians about tail coverage. As more physicians work for large organizations, whether it’s sprawling health care systems or huge multispecialty groups, they’re more likely to be offered some form of tail coverage as they move from group to group. The downside is that employment contracts don’t always specify that you will be covered when you leave, so you may need to do some negotiating to make sure you’re actually covered. 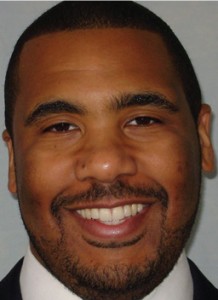 We talked to two health care attorneys to find out what physicians need to know about tail coverage.

Occurrence vs. claims-made policies
When it comes to tail coverage, you need to understand the two types of liability insurance used by most health care organizations. The first is occurrence insurance, which provides coverage for claims that arise both while you work at a practice and after you leave.

The second type of insurance is claims-made insurance, which covers physicians for claims filed only while the insurance policy is still in effect. If the policy is cancelled or changed after you leave, you may have no protection against lawsuits that might still arise from your time with that former practice.

Claims-made policies are more common than occurrence policies. And because tail insurance can cost 150%-200% of your liability insurance premium—$50,000 is a decent ballpark estimate— tail insurance is something to check into before signing a contract.

Large organizations and deep pockets
If you are going to work for a large organization, there’s a good chance it will offer you some form of liability insurance if and when you leave for another job. Andrew Knoll, MD, JD, a former hospitalist who is now a partner with Cohen Compagni Beckman Appler and Knoll PLLC in Syracuse, N.Y., says that it’s in the interest of these organizations to maintain coverage even after you’ve moved on. Because they have deep pockets, they’re the ones that will be named in a lawsuit, so they maintain insurance to protect themselves. “It would be short-sighted of the hospital not to cover physicians because at the end of the day they’re paying for any damages.”

While these organizations are technically providing claims-made coverage, which would typically mean you need tail coverage, most physicians find that they’re covered even after they leave because of the way these policies have been set up. More hospitals and health systems, for example, are self-insuring, so it’s unlikely that they’ll cancel their policies and leave physicians hanging out to dry.

“While a lot of these institutional policies are technically claims-made,” Dr. Knoll says, “individual physicians won’t need tail coverage unless the hospital cancels the policy completely.” Because that won’t happen any time soon, he adds, tail coverage isn’t an issue for many physicians. “From a practical standpoint, it’s occurrence- based coverage, at least as it relates to individual doctors.”

“It’s better to earmark some money just in case you get hit with a $50,000 bill when you switch jobs.” 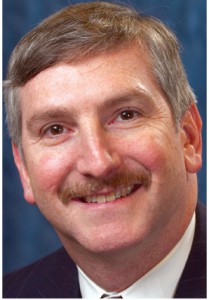 But in such situations, you want proof that you’re protected from lawsuits when you change jobs. Dr. Knoll says he doesn’t always insist on something in writing, but he’s successful when he does.

“Most organizations will provide something that says ‘Yes, you are covered under our policy up to $5 million,’ or something like that,” Dr. Knoll says. “I’ve also seen documentation say that if there is an issue, you have a contract with this organization with very deep pockets that says you’re covered. But if for some reason it turns out you’re not covered and something needs to be paid for out of pocket, the organization with a $100 million budget—not the physician—will cover it.”

Any strings attached?
Roderick J. Holloman, JD, a Washington, D.C., attorney who is one of the attorneys acting as counsel for Physician’s First Contract, says that most organizations aren’t trying to trick physicians when it comes to tail coverage. But it’s important to make sure there are no strings attached to the liability insurance a group will provide after you’ve left.

Some organizations, for example, will cover physicians for lawsuits filed after they leave, but only if the physician remains in the practice for a certain amount of time and leaves under good circumstances. Physicians who leave sooner—or those terminated for cause—will need to buy their own tail coverage.

“When an organization expends the effort and resources to hire a physician,” Mr. Holloman says, “it doesn’t want that physician to leave in the near future, so it dangles the expense of tail insurance as an incentive to stay. And groups certainly don’t want to reward a physician with bad behavior by paying for that doctor’s tail insurance.”

In other cases, physicians are protected from lawsuits after they leave a job, but nothing in the contract specifies that. Mr. Holloman recently was working with a physician offered a job with one of the nation’s largest health systems. While the system’s intention was to clearly offer tail insurance, the contract didn’t say that it would cover claims regardless of when those claims were made. He has had clients hold off on signing until the language was changed to make it clear that tail coverage would be provided if they left that system.

Mr. Holloman notes that even if the contract can’t be changed, there often is an addendum or exhibit addressing liability insurance that can be. “For me, if it’s not in writing, it doesn’t exist,” he says.

Paying your own way in smaller groups
If you’re considering joining a smaller group, you’ll probably end up having to cover some or most of a tail policy if you leave. Most of these groups view tail coverage as an expense that’s difficult to justify, so few offer it.

“In many of these groups,” Mr. Holloman says, “there’s a big focus on the bottom line, so they’re more inclined to say that when your employment ends, you’re on your own for tail coverage. If I’m a cardiologist or a psychologist joining a multispecialty group, I would assume the group is going to try to stick me with tail.”

Mr. Holloman says he tries to shift at least some of the costs of tail coverage to the group.

Some groups are willing to provide tail coverage as a reward for physicians who stay beyond a certain amount of time. “Sometimes we do a tiered system where, depending on how long the physician stays, the group covers an increasing portion of tail coverage,” Mr. Holloman says.

When to start saving
If you can’t get your new employer to bend on tail coverage and you have to accept claims-made insurance, Find out what the tail will cost—it’s about the same as a mature claims-made policy—and start saving.

“Just save the money and stick in the bank somewhere,” says Dr. Knoll. “If you don’t need it, you have a windfall. But it’s better to earmark some money just in case you get hit with a $50,000 bill when you switch jobs.”

Mr. Holloman says that if you have nothing saved to cover your tail insurance, you may have other options. Some employers offer a sign-on bonus in part to help physicians they’re recruiting pay for tail insurance, he explains. You can also ask your next employer to cover you for previous patients in its insurance policy, something that isn’t always possible depending on how the policy is written.

Are you covered for your years in training?
IF A PATIENT SUES from your days as a resident or fellow, are you covered? According to health care attorney Andrew Knoll, MD, JD, the answer is a likely “yes.”

Dr. Knoll, a former hospitalist who is now a partner with Cohen Compagni Beckman Appler and Knoll PLLC in Syracuse, N.Y., says that most teaching hospitals have a form of liability insurance that covers physicians even after they have left. In most cases, he says, former residents and fellows are covered for previous patients by their teaching hospital.

According to Dr. Knoll, tail coverage for physicians who have recently finished training doesn’t seem to be a big concern for most groups or organizations. “While many groups require physicians to have some kind of tail coverage and even to provide proof,” he says, “it’s often ignored with residents and fellows.”

If you’re concerned about whether you have coverage for your years in training, try to get something in writing. A good place to start is the office of your residency program director.

“You can confirm that you will be covered if any lawsuits occur after you’ve left,” Dr. Knoll says. “I imagine that the residency director’s office could send you an e-mail that says you’re covered under the hospital’s policy if there’s a lawsuit due to an incident that occurred while you were training there.”