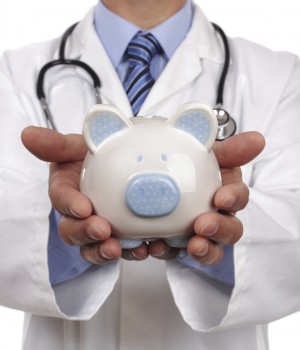 HAVE YOU DREAMED about how much money you’ll make once you’re finished training and all the things you’ll finally be able to afford? If you’re like many new physicians, a nice car and a big house probably top the list.

But before you start planning on how to spend your newfound wealth, get your financial house in order. If you start spending freely without a plan, you may join the growing ranks of physicians who are in debt and struggling financially.

That’s the advice that Cory S. Fawcett, MD, gives the physicians he works with. Dr. Fawcett is a retired West Coast surgeon who specializes in financial and career planning for physicians. He’s also the author of “The Doctors Guide to Eliminating Debt” and “The Doctors Guide to Starting Your Practice Right,” both published in 2016.

“Set up a budget and live on half your income.” 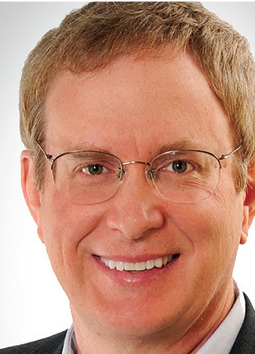 Dr. Fawcett understands the urge to splurge. “Suddenly, you have this big income,” he says. “But no one has prepared you for what to do with it.” Just like lottery winners destroy their lives because they have no idea how to handle so much money, “new physicians may similarly start spending and end up in worse shape than they were when they were residents.”

What should doctors do once they start working their first job?
Set up a budget and live on half your income. If you do that, there will be plenty of money left over to do things you want, like save for a down payment on a house, pay off student loans or buy a car. You made $50,000 as a resident, and now you’re making $200,000 a year. If you ratchet your lifestyle up to $100,000 a year, it’s going to be way better than what you used to live on.

You want to gradually grow into your new income. Most young doctors try to jump into it, and they get in trouble.

What kinds of trouble do you see with early-career physicians?
New cars are a big trouble spot. One doctor bought himself and his wife new cars, and he got a Tesla. On an online forum, he was asking if he should pay off his student loans or his $120,000 in car loans first. Everybody on the forum was saying that he was nuts. He has all these student loans and he borrowed $120,000 to buy two new cars.

Why is a new car such a bad idea?
The first thing you should tackle is student debt. Most young doctors ignore that because of something I call “debtabetic neuropathy.” Physicians have been in debt for so long, but every year they borrow more because they don’t have to start paying it back right away. We borrow more money, and nothing happens. Now that you’re out of training, however, it’s time to start paying back those loans, so you can’t continue to behave like you can keep borrowing and nothing will happen. When people buy a car and an expensive house and it’s time to start paying back loans, they’ve often overextended themselves.

You’re not a fan of buying a house right away. Why?
We all know that it’s the American way to own a home. There’s also this false notion that renting is throwing away money and that owning a house is so much better, but that’s just not true. You have to pay to live somewhere no matter what, and if you end up trading houses right away, that can be expensive.

About half of doctors change jobs within their first three years out of training. If you buy a house and move two years later, you could lose a substantial amount of money. Buying and selling a house comes with all kinds of fees like loan origination fees and appraisal fees, insurance costs, and the realtor’s commission, to name just a few. To overcome these fees, you need to own a house long enough for the appreciation to make those up.

Buying is the long-term answer while renting is for short-term situations. When you first get to a new city, you don’t know if it’s a long-term thing. If I told you I wanted you to move to a new city for one year and then leave, would you buy a house? You’d probably say “no.”

My advice: When you first come to town, rent a place and make sure you get ahead financially in the first couple of years after training. Pay off debt while you find out if this really is where you want to stay. Once you’re sure that you’re buying a house for the long haul, it’s reasonable to buy a house.

Will you know whether a new job is a good fit within a year?
When you’re interviewing for jobs, everyone is on their best behavior. You met a few nice people from the practice, but when you get there and establish a working relationship, everything settles back down to reality. These people might not be as nice as you thought, or they might not be as accommodating as they promised.

You’ll have a good handle on whether you’re going to stay in a job within a year. And even if you decide to leave, it can be another year before you actually find and start another job. That’s why I would rent from month to month or sign a one-year lease. The odds are good that you’re not going to leave in that first year and that it will take you a while to convince yourself that you made a mistake in taking a job.

What should new physicians do with half their income if they’re not spending on a house or new car?
If you’re spending only half your income, you’ve got a huge amount of money to use wisely. In the beginning, use that money toward paying your loans down, making retirement plan contributions, establishing an emergency fund and saving for a down payment on a house.

If you do that for three years, you’ll get a financial head start compared to people who instead spend everything they earn. That person will be playing catch-up for decades. If you buy too expensive a house right off the bat and don’t take care of your student loans, you’re going to be behind for decades. I’ve met people making $450,000 a year who are moonlighting to make extra money because of the financial problems they created for themselves early in their careers.

Thanks for the nice interview.

I fell into the trap of lifestyle inflation when I finished residency. After years of delayed gratification and much sacrifice it is easy to convince yourself that you can now freely spend with your newfound attending salary. I wish they had informative blogs like this when I first started (finished fellowship in 2003), but I am a testament that it really is never too late (I had my epiphany after a very nasty divorce about to turn 40). I figured I couldn’t make any more financial mistakes unless I never wanted to retire. Now thanks to this turnaround, I am actually in a position to be financially independent and retire early.

Xrayvsn, sorry about the nasty divorce. Glad you turned it around. Now you can use what you learned to teach others not to fall in the same pit. Give them copies of my books or just tell them about them. Lead them to blogs and articles like this one to help them. Now you know better, you can help others do better. Best of luck on your journey,

If you’re in primary care, get ready for competition 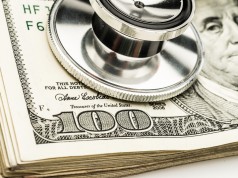