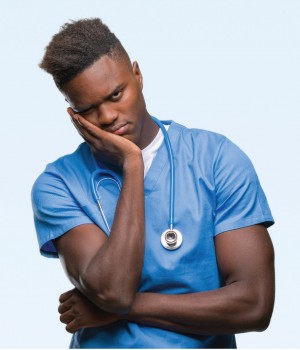 THE CONTRACT STATED that the surgeon would join the two-physician practice at the same time as another doctor, bringing the total physician count to four. All four would share call equally, working one night in every four. But the situation quickly fell apart when that fourth physician didn’t join the group and still another was fired for performance issues. On-call duties immediately doubled from one in four nights to one in two.

And because the practice was in a not-so-desirable location, it was difficult to hire additional physicians, so the two doctors were still sharing call a year later. The practice insisted that it couldn’t afford to hire locums to help take call, and the family of the surgeon who was brought on grew tired of him having to be available every other night.

It’s a story that Jon Appino, MBA, founder of Contract Diagnostics, tells as a cautionary tale to warn physicians about what can go wrong with call. The problem, he and other physician contract experts say, is that contracts often contain call language that is so unspecific that doctors have no idea what they’re really signing on for.

“Vague language and verbal promises may not mean anything.” 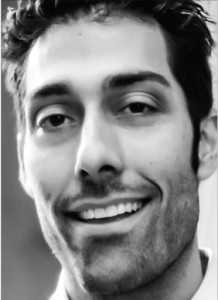 “We use it as an example that vague language and verbal promises may not mean anything,” says Mr. Appino, whose company reviews physician contracts. “If you have kids, one in four call may not be that bad, but one in two is really different.”

Contracts will typically say something to the effect that physicians will share call “equitably,” but experts say that word is so imprecise that it’s almost meaningless. If the situation at a group changes—as happened in the above example—call can be changed to almost anything the practice sees fit.

The problem: Most groups are reluctant to include a lot of detail about call coverage in their contracts because they want flexibility to change it when necessary. We talked to four experts who help physicians negotiate employment contracts and asked them what advice they have.

Red flags
“There is a dance around the exact wording of call sharing that the physician is supposed to take,” says Dan Bernick, JD, MBA, a principal with The Health Care Group and Health Care Law Associates in Plymouth Meeting, Pa.

“There may not be an even number of dates that need to be covered, or somebody may get sick when they were supposed to be on call. There are also questions like whether Christmas is equal to Labor Day.”

Another common example of call-coverage language gone bad, particularly for new and young doctors, comes in the 10-physician group that tells you call will be split “equally.” But it fails to mention that four senior physicians are exempt from call. All of the sudden, your call goes from a much more doable one in 10 to one in six.

Wakaba Tessier, JD, an attorney with Husch Blackwell in Kansas City, Mo., says many younger physicians she works with are often expected to take an oversized share of call.

“Seek language that specifies what the coverage is now, even if it is subject to change later.” 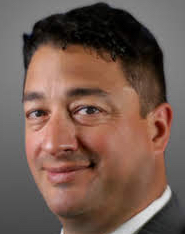 “The contract doesn’t necessarily say that you’ll work more than the senior physicians,” she explains, “but I talk to younger doctors in 10-person groups where some older physicians do only two days a week. It comes through the unofficial way.”

Brian Romanowsky, JD, a health care lawyer in Morristown, N.J., puts it this way: “If the principal of the practice is going to pull the seniority card, you may have to cover all the weekends and the holidays because you are the low person on the totem pole.”

Getting specific
While you can often look to contract language for guidance, that may not be the case when it comes to call coverage. “Contracts will often say something like, ‘You will participate on a rotating basis with everyone else,’ ” Mr. Romanowsky says. “But that really doesn’t tell you much.”

And while “You be will participating on an equal basis with everybody else” is better because it implies equal time, “even that isn’t really enough,” he adds. “Seek language that specifies what the coverage is now, even if it is subject to change later.”

Because you can’t rely on the language in most contracts to sort out call details, you instead need to get as much information about the on-call schedule from the practice during phone interviews or site visits.

The good news is that most groups aren’t going to lie about call coverage or deliberately misrepresent their call policy. After all, tricking physicians into joining a practice is counterproductive for everyone, so most practices will be somewhat upfront about call. But you still need to ask the right questions.

“I tell doctors to raise the issue face to face with whoever is in charge of drawing up the call schedule or whoever is recruiting you,” says Mr. Bernick. “Physicians like to be transparent and fair with each other, and they will likely tell you how you would participate in the rotation.”

“Have something to point to that says the employer at least has to talk about possibly changing call.” 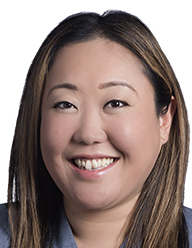 Mr. Appino suggests asking about specific scenarios. “We always encourage physicians to ask, ‘What would happen if somebody goes out on maternity leave or disability, or if someone leaves or is terminated?’ ” he says. “Would the group bring in locums or increase your call?
Would there be extra compensation for taking extra call?”

Options
While most groups won’t put call details in a contract, that doesn’t mean you can’t get some information in writing. “If you can’t get more specific language in the contract,” Mr. Appino says, “try to get it in what we call a side letter. It’s not a contract, so it’s not necessarily legal, but it shows good intent by the practice.”

According to Mr. Romanowsky, there are other ways to get a practice to give details on call. “Even if the language isn’t in the contract,” he points out, “you can get an e-mail or something in writing that establishes the call schedule as it exists now and what it means if you sign up today. That may be helpful.”

And if you’re still concerned about a group’s call arrangements, Mr. Appino says you can ask for a “hard stop.” That language notes that you won’t work more than a certain number of call shifts—one in three, for example—unless it’s approved by you in advance. Mr. Appino also notes this strategy: Create a “painful” compensation structure that specifies how much money physicians will be paid if they’re working more call shifts above that limit.

Ms. Tessier says you can try to include language indicating that you can renegotiate your call coverage in the event that the situation for either the group or for you changes. She recalls one physician who had signed a contract that said he’d work 12 days of call a month, but he wanted to drop down to nine shifts instead because of changes in his life. The hospital responded that it had no obligation in its agreement to renegotiate call coverage, and it wouldn’t even discuss making a change.

One option, says Ms. Tessier, would be to add language in the contract to this effect: “In the event that one party wishes to renegotiate the schedule, both parties will work in good faith to do so.” That type of provision wouldn’t necessarily mean the group would make any change to call, but the employer would at least be obligated to discuss a possible change.

“Raise the issue face to face with whoever is in charge of drawing up the call schedule or whoever is recruiting you.” 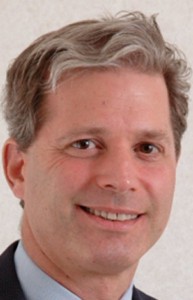 “As a physician,” she explains, “you would have something to point to that says the employer at least has to talk about possibly changing call.”

Getting advice
Finally, experts urge physicians to not feel shy about talking to groups about such issues, and perhaps even getting a lawyer involved.

Mr. Romanowsky says that many physicians he works with may not want him to talk directly to practices they’re considering, in part because of the fee. But it’s also due to the fact that many doctors are “reluctant to suggest to their prospective employer that they have already retained the advice of an attorney.”

He dispels that worry by pointing out that many contracts request that a physician acknowledge that he or she has been given a chance to review the contract with counsel and that the doctor is entering into an agreement after having considered the attorney’s advice. “So the employer should expect to receive some comments,” he says.