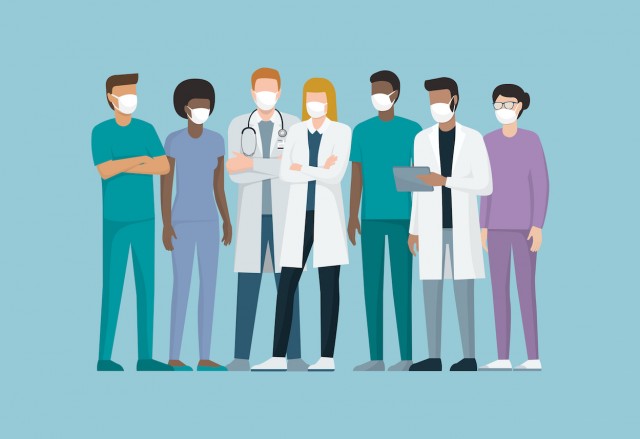 Telehealth services: CMS expands what it will pay for

The CMS this month announced that it is adding close to a dozen telehealth service lines that it will pay for during the pandemic. On that list of 11 new services: cardiac rehab and intensive cardiac rehab, with and without exercise, and pulmonary rehab with exercise. Other services that will now be covered include in-person ventricular assist device interrogation and several types of electronic analysis of implanted neurostimulator pulse. With the new additions, the CMS has since March OKed payment for more than 130 telehealth services for Medicare beneficiaries, including initial inpatient visits and ED visits. The CMS also announced that it plans to boost support to state Medicaid and CHIP programs to expand access to telehealth. In other virtual care news, a Seattle-based start-up that relies on a text-based primary care platform is attracting big investors. The on-demand service, called 98point6, just received $118 million in funding for a total of $247 million. Boeing and Sam’s Club are among the startup’s partners.

Why the hate for DOs?

The high profile given Sean Conley, DO, the president’s physician, had this unintended and ill-informed consequence: It produced a lot of disparaging remarks about doctors who train in osteopathic medicine. Apparently, many members of the media and the public mistakenly assume that DOs aren’t fully qualified, licensed physicians. In response, the American Osteopathic Association pushed back, targeting media figures and social media as well as connecting reporters to prominent DOs. And in a commentary published on KevinMD, two prominent hospitalists—both of whom are DOs—likewise rallied support for their colleagues. “(W)hen someone challenges the validity of a legitimate medical degree,” they write, “the entire house of medicine is under attack.”

Women increase their numbers in specialties, but pay gap persists

While more women are practicing medicine in specialties like rheumatology and dermatology, they are earning less than their male colleagues. A compensation report from Medscape focusing on female physicians found that since 2015, three specialties have seen dramatic increases in the number of women in their ranks. Rheumatology saw its number of female physicians skyrocket from 29% to 54%. Dermatology saw its number of women physicians increase from 32% to 49%, and family medicine saw a jump from 35% to 43%. That report noted that those gains, however, have not leveled the playing field when it comes to compensation. In primary care, men still make 25% more than women ($264,000 vs. $212,000). And in specialties, men make 31% more than women ($375,000 vs. $286,000). The report offers a detailed look at how much women earn compared to men by specialty, practice setting, percent of income from incentive bonus, number of work hours, and more.

These payers are changing telehealth reimbursement

Oct. 1 marked a significant change in coverage for telehealth—which became ultra-popular during the pandemic—when several private insurers began to no longer fully pay for virtual visits under certain circumstances. UnitedHealthcare terminated a benefit that fully covered patients’ virtual visits with their in-network clinician for any non-Covid-19 issue. Anthem stopped waiving the cost of copays, coinsurance, and deductibles for virtual visits not related to Covid-19. Many patients have become reliant on virtual visits during the pandemic, especially older individuals and those with disabilities that made traveling to and from appointments difficult. “For many patients, it’s their lifeline right now — it’s the only way that they’re feeling comfortable or safe receiving care,” one expert tells STAT’s Rebecca Robbins and Erin Brodwin. One recent report estimates that during the pandemic, the number of people who had at least a single telehealth visit grew by 57%. That report, from Doximity, also predicted that 20% of all medical visits in 2020 will be conducted via telehealth.

One-quarter of physicians know a doc who has committed suicide

Avoid these malpractice risks when seeing patients via video

While the increased use of telehealth is often viewed as one of the positive changes made to medicine as a result of the covid pandemic, telemedicine visits can pose risks to physicians. A Medscape article looking at the risks of video visits points out that physicians’ inability to actually see or touch patients can put them at a disadvantage that can lead to legal problems. The article describes the case of a man with swelling of the leg that turned out to be a fatal DVT. His family sued the ED physician who saw the man via video, claiming that the DVT could have been detected and treated if the physician had seen the patient in person. One insurer found that 66% of malpractice claims involving telemedicine were related to diagnoses. The article also looks at issues with documentation and consent when it comes to video visits.

What’s the future of medical meetings?

Are you looking forward to the day when meetings for physicians are once again in-person, and not virtual? In a Medscape article, one physician looks at the upsides and downsides of virtual meetings—and concludes that he, for five distinct reasons, prefers virtual meetings. The physician argues that because virtual meetings provide greater access to physicians and let them digest content more efficiently, the medical profession shouldn’t necessarily rush back to in-person meetings once the covid pandemic subsides. Comments on the article offer their own perspectives on the merits of virtual vs. in-person meetings.

Will primary care survive the financial impact of covid?

A new survey found that 20% of primary care physicians were considering leaving primary care because of the financial fallout of covid, and 13% were unsure of their futures in medicine. The survey, which was conducted by the Larry A. Green Center and Primary Care Collaborative, also found that in August, 2% of primary care practices have closed and another 2% were considering bankruptcy. According to coverage from FierceHealthcare, 21% of the physicians surveyed have had layoffs of furloughs, 28% have seen a revenue drop of 30%-50%, and 24% have shut down quality initiatives that started before the pandemic.

New survey data found that physician pay grew by just under 4% in 2019, up from the 2.92% increase in pay recorded the year before. According to HealthLeaders coverage, survey data from the American Medical Group Association found that primary care specialties saw an increase of 4.46% and medical specialties saw an increase of 3.52%. Coverage in Becker’s Healthcare reports that internal medicine saw a 5.65% increase, family medicine saw a 3.75% increase, and pediatrics saw a 5.06% increase. The data also show that despite a rise in compensation, physician productivity remained relatively flat, rising just 0.56% over the previous year. Analysts worry that raises in compensation without similar gains in productivity may point to an unsustainable trend in physician pay. Data are not available for pay trends since the beginning of the covid pandemic.

Changes to outpatient evaluation and management (E/M) codes announced last week by the AMA are being lauded by primary care groups as a step in reversing what they see as the undervaluation of E/M services and in streamlining documentation requirements. The revisions eliminate the history and physical exam as the basis for selecting codes. The changes also permit code levels to be based on either medical decision-making or total time. The AMA said that the changes, which represent the first time E/M codes have been changed in 25 years, were designed to make coding for office visits more flexible. The AMA is proposing that Medicare implement the changes, which include 206 new codes, 54 deletions and 69 revisions, on Jan. 1, 2021.

Physicians experience EHR-induced fatigue in as little as one minute

In a finding that will shock few physicians, research released this spring found that 80% of physicians experienced fatigue after working with EHR systems for as little as 22 minutes.

A study in JAMA Network Open looked at data from a study of 25 physicians who reviewed simulated cases of four ICU patients using EHR software. All physicians in the study were fatigued at some point during the simulation, with 36% experiencing fatigue in the first minute and 64% experiencing fatigue at least in the first 20 minutes. By 22 minutes, 80% of the subjects had experienced some fatigue. Researchers also found that once physicians had experienced fatigue, the next case they reviewed took more time, more clicks of the mouse and more screen visits.

With physician offices around the country opening up, telehealth has lost some of its popularity with patients and physicians alike. That’s leaving many medical offices struggling to adjust to a new normal where patients are being seen by a combination of virtual and in-person visits.

According to an article from STAT, telemedicine visits shrank from 69% of all patient encounters in April to 21% by the middle of July. Practices that switched all visits to virtual back in the spring are now struggling to move some—or most—of their visits back to in-person encounters, but it has not always been an easy switch. Administrators have to determine in advance which patients should be in-person vs. via teleconferencing, for example, and they need to decide how to most efficiently split the time of physicians between the two visits. The STAT article notes that telehealth visits for mental health services is still growing, and that while the number of telemedicine visits has shrunk since the spring, there has still been a drastic increase in the number of patients receiving care via telehealth.

Today’s Physician publishes a print magazine, e-mail newsletters and a Web site to help physicians in training and early career physicians prepare for and sustain a career in medicine. Articles focus on topics like creating a CV, preparing for the interview process, negotiating contracts, analyzing compensation trends, and preventing burnout.
© Copyright 2017 - Todays Physician